Personality testing is the go-to psychological tool for employers, but are they masking our true nature?

Personality testing has become a routine part of corporate life. Soon it may be as universal as the employment interview or the team-building exercise. Every day, thousands of employees are asked to complete questionnaires about their likes and dislikes or probable reactions to different scenarios.

You know the sort of thing – if you found yourself at a party, would you be more likely to linger at the edge of the room and avoid eye contact or to plunge into the crowd and mingle, making friends everywhere?

Your responses may be used to answer other questions like “have you got what it takes to handle the pressure and be a trusted team-player?” Even though there are supposed to be no right answers, it’s often the case that these tests can be completed to produce a result that suggests you’re a charismatic, natural leader and bona fide all-round great person.

Few people stop to question the outcome of these tests. After all, they seem to agree with thoughts we already have about ourselves. Personality tests are often taken as scientific confirmation that you are indeed who you think you are. 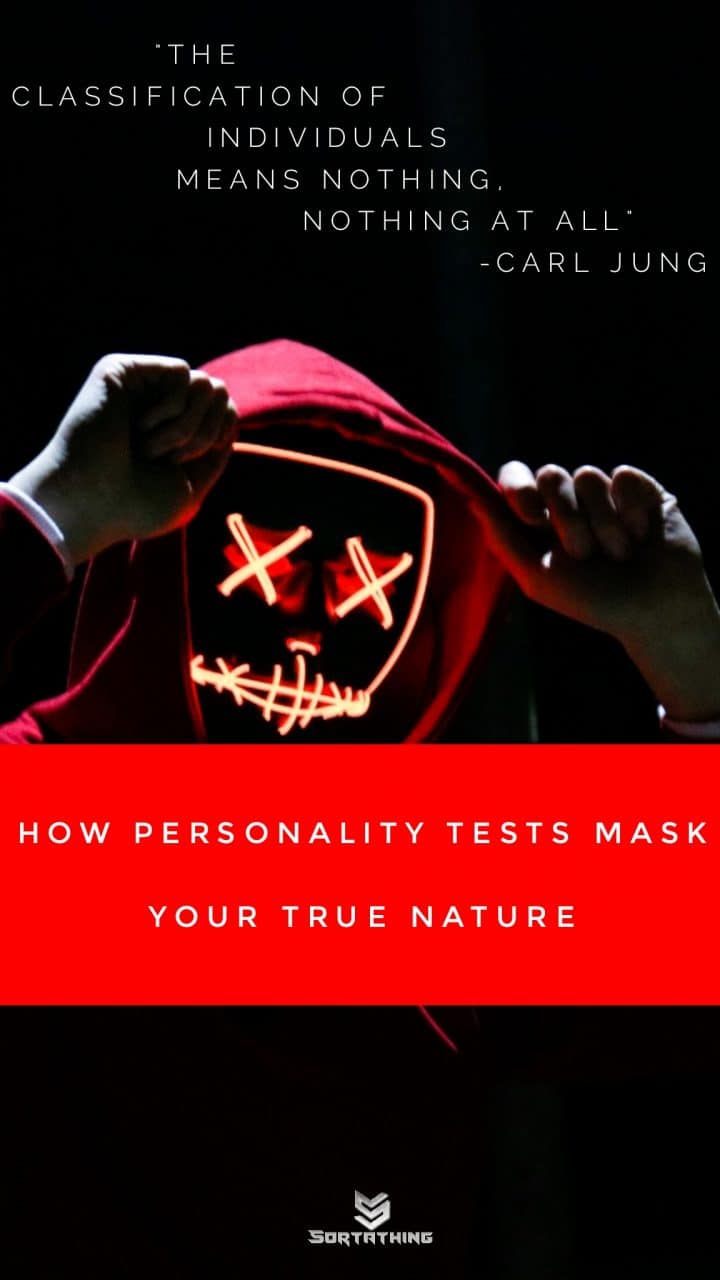 How does personality testing stand up against the more sophisticated techniques of genetic testing? A tiny scrap of tissue can tell a doctor more than 30,000 different things about the human body it came from: whether the person will turn out to be tall or short, fat or thin, blue-eyed or brown.

Each of these characteristics can be determined from analysis of the DNA in the nucleus of each cell. The technology is already so advanced that the age at which some patients will develop inherited conditions like Huntingdon’s disease can be predicted with accuracy.

A single drop of your blood is all a doctor needs to come to these conclusions, but it remains impossible to predict a person’s personality, sense of humour or favourite colour by looking at their genes. There is simply no mental equivalent of DNA. Predictions about personality rely on methods that are rather more subjective, fuzzier.

Thorough psychological analysis is very time-consuming and requires the personal involvement of experienced, highly qualified (and prohibitively expensive) professionals. There are no psychological tests that are cheap, quick and accurate all at the same time.

However, anyone who is curious about their own personality has dozens of tests to choose from, all of which claim to answer some aspect of the question “who am I?” or “how will I behave and interact with other personalities”.

Unfortunately, the science behind these measures of personality and aptitude tests is rather shaky. Their theoretical foundations are rooted more in philosophy than fact and their accuracy suffers as a result. But this has not dissuaded thousands of people taking their results seriously.

The Myers-Briggs Type Indicator is the most popular personality typing technique – it’s handed out by thousands of bosses and professionals every day. It’s widely believed that Myers-Briggs can be used to combine the best possible mix of skills and temperaments in a workforce, boosting efficiency and cohesion. Most of the time, life and death decisions are not being made.

However, some hazardous, high-stakes professions have adopted similar techniques. Oil platform workers on one company’s rigs wear their personalities on their hard hats by displaying a combination of coloured dots. Precisely which colours are worn depends on each worker’s performance in a battery of personality tests taken during retraining sessions:

Boiled down, a red sticker indicates a decisive personality. Greens are cautious. Yellows are people-oriented. Blues tend to be listeners. Often, a hard hat bears a combination of two stickers.

“People are living on top of each other,” said Lewis Senior, Transocean’s manager of health and safety, describing how Spirit crews are isolated offshore for weeks at a time. “If people know why people are the way they are life becomes a lot simpler.”

Other professionals – electricians, police officers, assembly line workers – have been labelled like this after completing a 28-question multiple-choice test. But how can marks on a sheet of paper or ticked boxes on a web page produce a reliable account of how a person will interact with others? Let alone under extreme stress?

Can form-filling and box-ticking really be a reliable means of representing the complex, supremely idiosyncratic interplay of mood and motivation within an individual, let alone within a team made up of many people?

There is a serious problem with the assumption that there are only a few types of personality. If one is to believe the Myers-Briggs Type Indicator, the Enneagram or even that ‘Men are from Mars and women are from Venus’, there may be sixteen, nine or only two ‘types’ of people.

“The classification of individuals means nothing, nothing at all” – Carl Jung

The intellectual roots of saying a person is of one type or another are old and deep. The Enneagram system proposed by Gurdjieff draws on supposedly ancient philosophies and cosmological belief systems. There is a definite whiff of astrology and fortune telling about it.

More mundanely, the Myers-Briggs Type Indicator is derived from Carl Jung’s armchair observations of his own small circle of acquaintances. To his credit, Jung never claimed that his theories were born of large-scale, formal scientific study.

He admitted that, “the classification of individuals means nothing, nothing at all” and should be used in “informal cases, for the practical psychologist to explain for instance, the husband to a wife or vice versa”.

Where is the proof, the demonstration that these two, four or however many readily identifiable types are the correct ones or are useful for predicting future performance?

There is, as yet, no scientific foundation for the idea that populations can be subdivided into types in anything other than an arbitrary way. It is convenient and psychologically satisfying to believe that personality types have an existence in the real world of human interrelations: this does not mean that these types do exist.

Even casual self-observation hints that personality is as elusive and changeable as the wind, its strength and character can change from day to day.

We tend to believe we’re experts on how other people behave and what they are thinking. Yet we are continually surprised by how this instinct to psychoanalyse lets us down. We’re all in the game of categorising others and ourselves and it is this human quality that personality tests identify and reinforce.

Personality tests are mind games as much as word games. They present a near-instant, digestible model of what we believe ourselves to be and how we would wish to be seen by others.

If you’re not convinced that personality tests are just interactive horoscopes sold as science, bear in mind a phenomenon known as the Forer effect.

In 1948, Bertram Forer issued a personality test to his students, which they duly completed and handed back to him. However, he ignored their answers, and presented the unsuspecting students with an identical analysis copied from a newspaper astrology column. The students were then asked to evaluate the description on a scale of zero through five, with five being the most accurate. The average evaluation was 4.26.

This revealing test has been repeated hundreds of times since 1948, and the average remains about 4.2. The Forer effect shows that people tend to accept generalised descriptions of their personalities without realising that the same evaluation could apply to nearly anyone else.

There is a powerful brew of wishful thinking and vanity bubbling away under all this, it seems people want the results to be true: so, it’s no surprise that I’m pleased that the Myers Briggs Type Indicator says I’m an ENTP.

Check out our Graphology and Handwriting Analysis article

Regards for helping out, superb info .