Graphology and Getting a Job

Graphology is the analysis of handwriting. Personality and character traits can be deduced from the way the writer expresses themselves on the page. It’s used with psychometric testing to create character profiles. It can even decide whether or not you get the job.

But how does handwriting analysis work? And is there anything that you can do to reduce the chances of your handwriting marking you out as an egomaniac or boring conformist?

The term “Graphology” was first coined by Jean Hippolyte Michon, a French Abbot. The word comes from Greek: “Graph” meaning “to write” and “logos” meaning “theory”.

Although the term is a recent one, the subject dates back to the ancient Greeks and, before them, the Chinese and Indians. Aristotle wrote of the distinction between people’s handwriting, but it was not until the 1600’s that a scientific study was attempted.

In the 19th Century, Michon aroused interest in the subject when he published a work based around the individual movements of handwriting – the strokes, letterforms and paragraph layout. He formulated a simple theory where a particular type of movement in the writing indicated the existence of a trait in the person. The lack of that movement indicated the opposite.

A protégé, Jule Crepiuex-Jamin, expanded the theory to take into account combinations of movements in the writing. He also identified the basic elements of graphology that are used today in the French School, including the speed and pressure of the writing.

Graphology was integrated into psychological thought by Max Pulver in Switzerland who was interested in the symbolic meanings of the space that handwriting takes on the page. His work leads to the basis of modern graphology and its interpretation of the character of the writer.

If a group of children, all taught to write in the same hand at an early age, are examined later in life, their handwriting will be different. Some will retain the “copybook” characteristics, others will have deviated markedly. Through study, certain characteristics of the writing can be attributed to personality traits.

Specific elements of a sample of “normal” handwriting are studied. The normality of this handwriting is difficult, if not impossible to guarantee.

If somebody is excited they may write faster and larger than normal; if they are intimidated by knowing they are being tested, they may write too slowly in an effort to be neat.

There are some elements of the writing which are unlikely to be related to mood or situation. For example, most people in the UK are taught to write cursively (joined-up) and variations from this can be a good indicator of basic character and temperament.

Don’t write yourself out of a job

Connected writing is like a chain and indicates smooth, logical and linked thoughts. If it is exaggerated, though, it may be interpreted as laziness and readiness to fall into a routine, even fanaticism.

Disconnected writing shows jumpy, intuitive thinking. This can be both good and bad, indicating at the same time a fertile imagination and distraction. Breaking after an “i” to place the dot at once shows a tendency to take immediate action.

The way one writes “I” is predictably pounced upon by graphologists. In an analysis of Bill Clinton, by Ms Yoshiko Inagaki says:

Beneath his soft, charming exterior lies a person with ambition and a strong drive for success … The initial stroke beginning below baseline, like a stake in the ground, this strong upward stroke toward self indicates a desire for materialistic gains in any self-promotional ideas or ventures.

This “springboard I” indicates that the writer is highly motivated to succeed and insists on having his own way. He has strong vital energy and instinctual energy (sexual and materialistic). But whatever instinctual need (or impulse) he has is usually controlled by his “Ego.”

This was analysis was performed before the Monica Lewinsky scandal, but after numerous other alleged affairs.

You and your handwriting

While graphology, or handwriting analysis, is used to examine your suitability for a minority of jobs, your handwriting may make a far wider impression. A hand-written application form may be the first contact that a potential employer has with you.

“Your handwriting can be as important as buying a new suit or having a haircut for an interview” recruitment consultant Emily Parker told us.

“Rightly or not, recruiters make an unconscious judgement on the way you write and assess your suitability on the basis of it. For example, I know an important human resource manager who is prejudiced against loopy handwriting. He immediately dismisses the candidate as immature.”

Parker also tells of the appalling standard of handwriting that she sees.

“The worst culprits tend to be high-level candidates who think that they are too important to make a proper effort. Our clients don’t have time to waste trying to decipher application forms. If they are made to struggle, the form goes straight into the bin”.

The message is very clear. Handwriting is your tool to communicate with people. Handwriting analysis is an employers tool for finding out who you are. Whilst there may be hidden meanings in the way that you slant your text or space your sentences, people will be more interested in what your words are saying.

For Graphology learning notes, try the British Institute of Graphology –

The Handwriting Analysts Group
Features a number of analyses of famous people’s handwriting including The Queen, OJ Simpson and Margaret Thatcher. 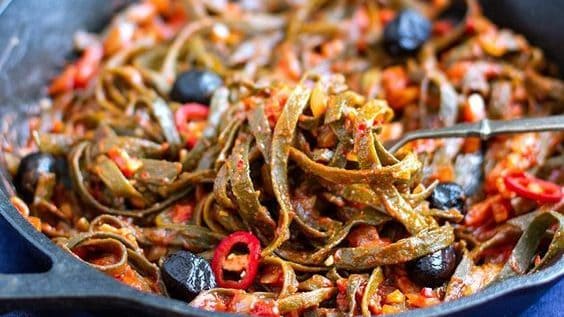 Next
Coping with stress at work
Click here to cancel reply.