Ex-demo electric bikes are a great way to join the e-bike revolution. Here our electric bike insider reveals why a showroom model could be a smarter choice than a new bike.

Why are electric bikes so expensive?

Electric bikes offer many advantages over regular pedal cycles but they are expensive.

Adding a motor, battery and controls makes a bike more costly to make, plus the very best electric bikes come all the way from Europe (usually Germany).

A bike doesn’t have to be electrically powered to be expensive. You could easily spend $10,000 or more on a high-end Carbon road bike. But most bicycles cost less than $1,000, or even under $500 for a no-frills model.

But here’s the secret: if you know where to look and what to ask for, you could ride home a top quality e-bike while staying on budget.

Walk into any good electric bike shop and you’ll see a selection of floor models intended for display or for test rides. Often the owner will be willing to sell you these bikes at a discount and you could save hundreds or thousands of dollars.

Bicycles take up valuable real estate and (especially at certain times of the year) the owner will be keen to clear out old stock and replace them with the latest models.

This is your opportunity.

Maybe you’re thinking “if I’m going to spend thousands of dollars, wouldn’t it be better to buy a new bike, fresh out of the box?”

I believe that buying an ex-demo electric bike may be the smarter choice for most people. Unless you can only accept a bike that nobody has touched since it left the factory, or you absolutely insist on having the very latest model and nothing else will do, an ex-demo bike should be your first choice!

Because bikes that are on the shop floor, already set up for test rides, have had time and attention invested in them that makes them a better value proposition than a factory fresh one. 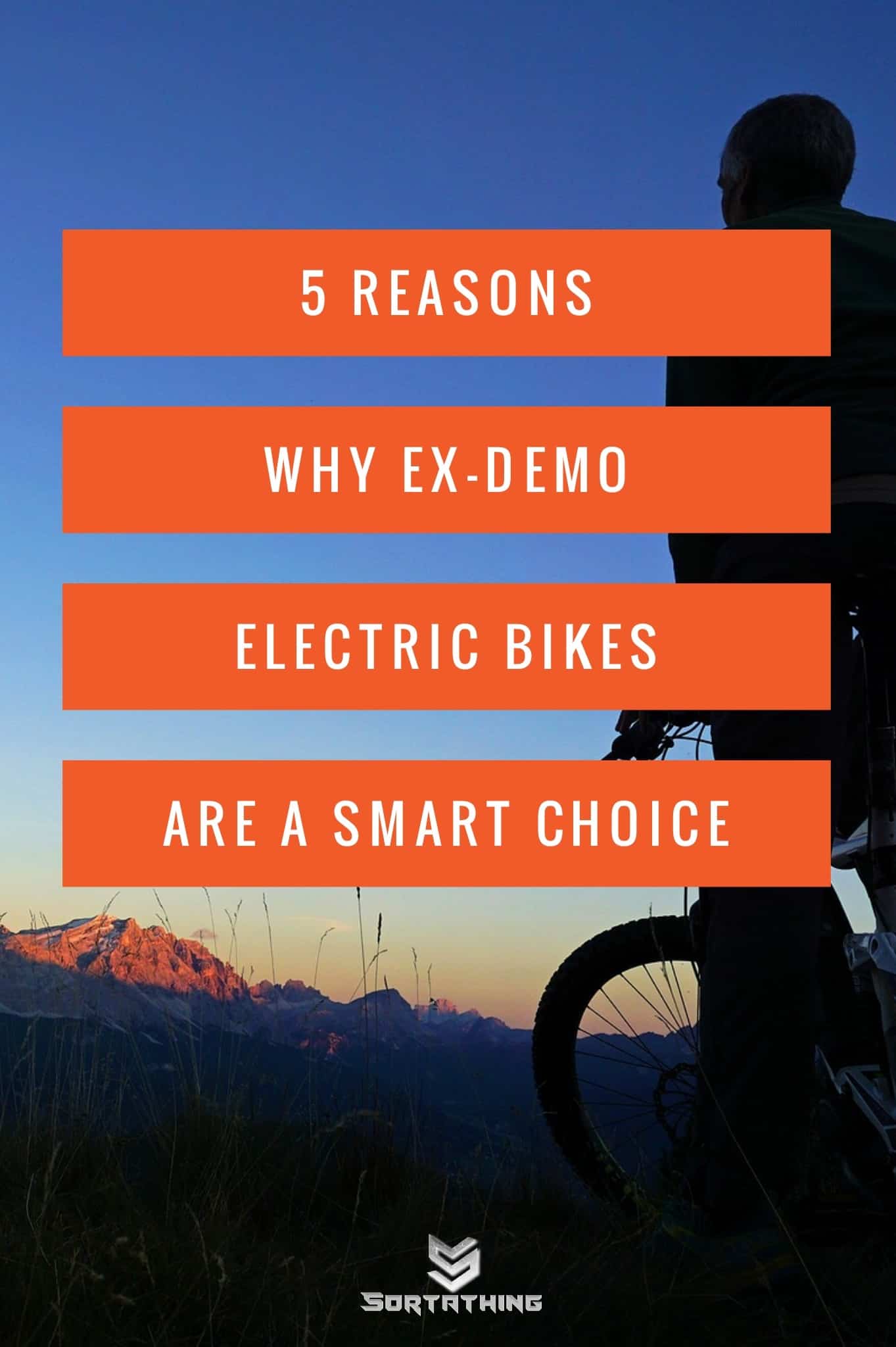 You’re buying an electric bike that is ready to ride

Every electric bike needs at least an hour of unboxing, assembly, safety checking and calibration before it’s fit to ride. Its battery will need to be charged and any software updates completed. The mechanics will pump up the tires and suspension to the correct pressure. It’s the expert attention of a qualified cycle mechanic before it ever reaches the shop floor.

Then and only then is it ready to go on display and out on a test ride. It’s pretty certain that a mechanic or even the shop owner will have taken it out for a ride before any customer is allowed to try it.

So what you see in an electric bike showroom are bikes that are in A1 condition, checked by the best, charged up, safety-checked and ready to ride.

If you have the bike delivered to your home, you’ll have to do all of this yourself. That’s not to say ordering a bike for delivery is a bad idea. It works very well for most people, especially those who live many miles from the nearest e-bike store.

Demonstrator e-bikes should be free of glitches

Electric bikes are pretty complex. There are several components and vital systems that can go wrong. They don’t, usually, and a good bike will cover hundreds or thousands of miles without needing any servicing. But when problems occur, they usually show up early.

Let’s take batteries as an example. E-bike batteries are covered by a warranty and thoroughly quality-checked at the factory. But rogue batteries can and do slip through. I’ve found that battery problems tend to show up quickly, often after the first couple of charges. A bad battery will disable an electric bike.

Same goes for motors and gears. If there’s a quality issue it’s should show up quickly. With a brand new bike delivered to your home, quickly could mean after a few days of weeks of riding and it’ll mean returning it to the store for a repair.

If there’s any sort of problem with a showroom bike, their mechanics will fix it there and then (or return it to the manufacturer).

This means that a showroom bike that’s been around the block is less likely to have a hidden problem that only comes out later. It’s an extra level of quality assurance you may not get with a brand new e-bike. 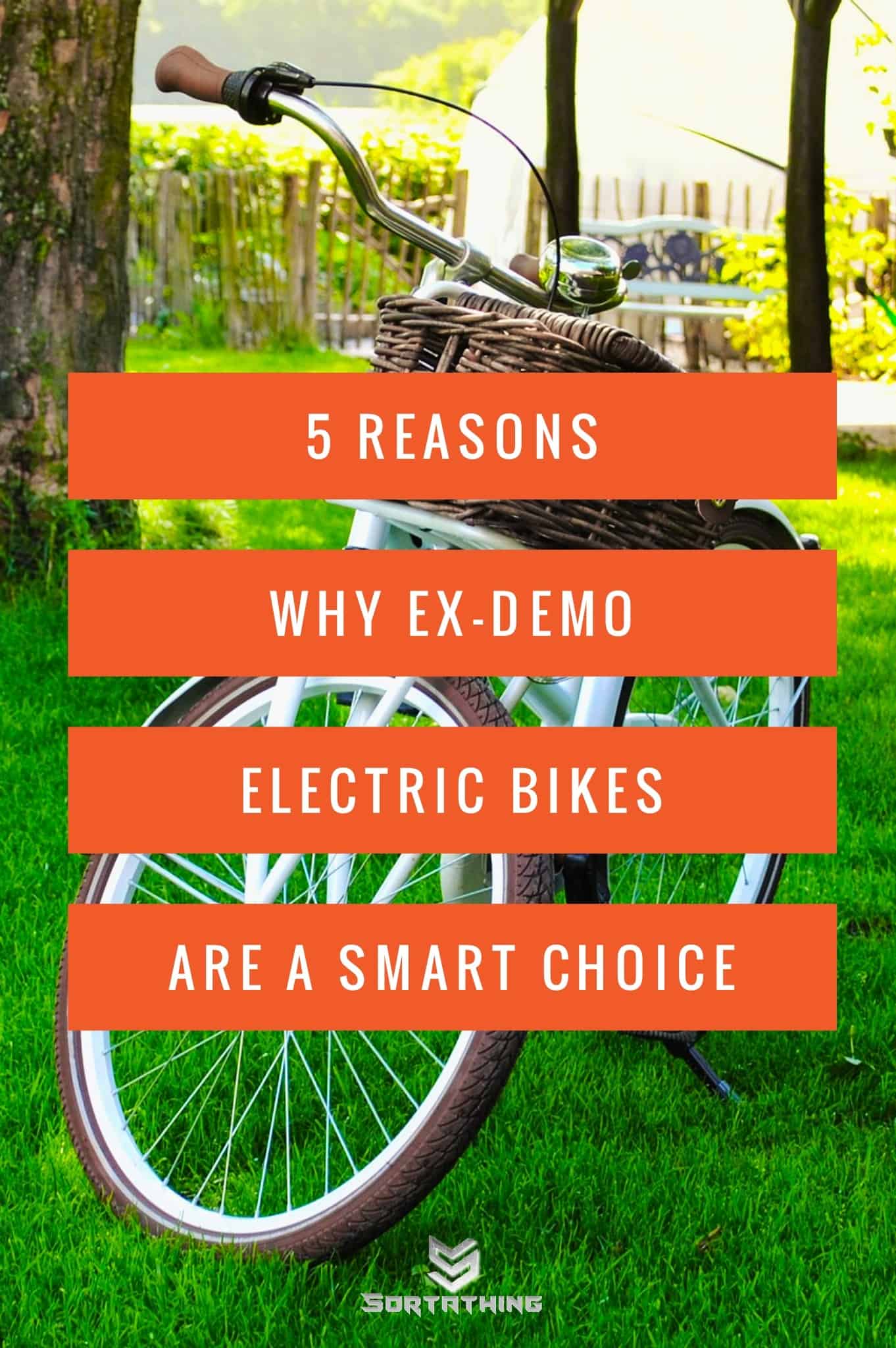 Demo bikes have an easy life

I’ve supervised thousands of electric bike test rides over the past 15 years. In my experience, customers know if they like a bike or not within the first 10 to 15 minutes of riding.

When people take test rides they’re riding something valuable, so they take care of it. Wheeling a bike back to a shop because you trashed it on a test ride is a bad look, so people do their best to avoid it.

The one exception is electric mountain bikes. There have been occasions where we’ve had to hose down a bike that’s picked up its own weight in dirt out on a test ride, but that is rare.

You’ll find that most demonstrator e-bikes only have 20 or fewer miles under their tyres. Some will have been out for more frequent test rides, clocking up many more miles, but usually only in the surrounding streets. Barely enough to scuff the tires.

Also, bear this in mind: 99 times out of 100 people only decide to test ride if the weather is good.

Unlike used electric bikes bought from a prior owner, it’s extremely unlikely that a showroom bike will have been chained up in the street, rained on, crashed, loaded up with shopping, strapped to cars, caked in mud, drenched with sweat or ridden into a canal. All these things (and worse) may be in the past of some secondhand e-bikes.

On the contrary, showroom bikes need to look good and ride well at all times. That’s why they are cleaned, serviced and never stray far from home. They have it easy. 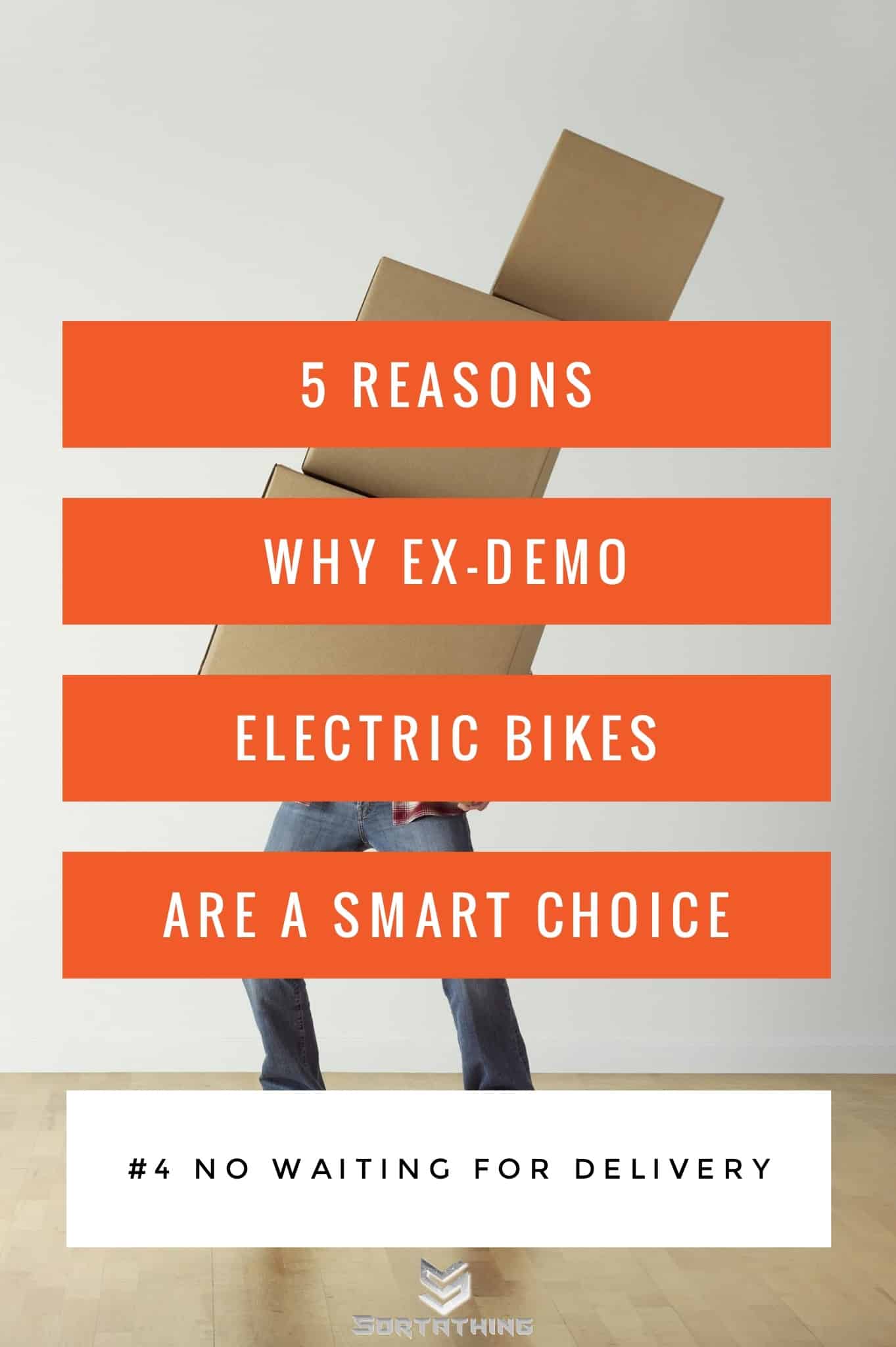 Delivery delays are one of the electric bike industry’s deepest, darkest secrets.

It’s not uncommon for customers to test ride in store, order a bike in a specific size or color, pay a deposit (or even pay in full) and be given a delivery date some time in the near future.

The store will do their best to give you an accurate delivery lead time based on the information supplied by the manufacturer. This usually works out. Your bike arrives on time, you collect it from the showroom or take delivery at home. All good.

It doesn’t always work out that way though. Any number of things can delay delivery, sometimes for weeks, even months. I know of customers who’ve patiently waited for more than six months for their dream e-bike to be delivered.

It’s a different story if your bike is there in the showroom waiting for you. Delivery lead time is simply not an issue. Yes, you may have to wait a day or two for a final clean and service before the handover, but that’s it. They say time is money and your bike physically being there is a big saving.

If you buy a used electric bike on the private market there’s no guarantee that if it goes wrong it will be covered by a warranty. This could be because the bike is old enough to be out of warranty (they usually last two years) or because the warranty is not transferrable to a new order.

Unless a showroom bike is very old, it’s likely to have some of its warranty period remaining. The store may even cover the difference or offer a paid warranty extension. It’s worth asking what’s on offer as part of the deal.

If the warranty coverage is only a few weeks or months, that should raise some concerns. You would be looking for a really generous discount in that case to reflect their lack of confidence in how long the bike will be good for.

Main point: a little shop-soiling and a few miles give you major leverage

Electric bikes can be expensive. With a little shopping around and asking the right questions, you can save yourself a lot of money and ride away on a reliable, road-tested, well-supported.

It’s a great idea to invest some of your savings in a helmet, clothing, extra lights, bags or a heavy-duty lock. The best lock you can afford.

Ex-display, showroom and demo electric bikes are a great investment and a smart way to join the e-bike revolution that’s sweeping the world.

Where to buy showroom e-bikes

In the United Kingdom