“Boredom is where none of the possible things a person can do realistically appeal to the person in question. This renders the person inactive, and generally unhappy. Thus, boredom is the result of having nothing to do that one likes. ”

It’s the featureless highway to despair. It’s doom diluted and measured into daily doses. Boredom has little to recommend it as an interesting or important subject, but from this void springs much of the frustration and depression the average employee has to face.

Civilisation is built upon deep foundations and a long tradition of boredom. It has become dependent on people who have a high tolerance for dull, repetitive work and an unadventurous acceptance of the status quo.

Non-boring faculties such as imagination, courage and humour are diversions – they do nothing for efficiency. For every international pop star enjoying a drug-fuelled, champagne and Jacuzzi sex marathon in their private jet, there are millions of humble bureaucrats toiling away on the ground, keeping the innumerable cogs of the information society oiled and turning.

A Short History of Boredom

Was boredom always so widespread? Well, a superficial glance at history indicates that life was too nasty, brutal and short for most people to relax enough to be bored. In feudal Britain, for example, every hour of the day was spent holding body and soul together: peasants worked the soil, buried relatives and doffed their caps to whichever psychotic noble happened to pass by.

It was only when people started to move to the cities en masse that the luxury of civilised boredom began to emerge. Protection from the elements, reliable supplies of food, fuel and water, all combined to remove the ever-present threat of doom, but working conditions were still tough enough to keep the mind and body fully involved in one’s labours.

This was a ribald time when exhausted families made their own fun gathered around the piano in the parlour, or swigging gin in open-topped carriages bound for the seaside. Boredom, like the washing machine and refrigerator, was one of those modern conveniences whose time had yet to come.

Why is work so boring anyway?

Workplace boredom arrived hand in hand with the inventions of the office and the production line; it was, in fact, their psychological equivalent. An enormous intellectual and practical effort was made to rationalise both the production of goods and the processing of the information that controlled the production and distribution of these goods.

Early last century, so-called ‘time and motion studies’ examined the work of factory and office workers in rigorous detail. The results were interpreted and used to eliminate unnecessary effort or individual technique from the workplace. People were idealised as components in industrial machines.

Little thought was given to what was going on inside their heads. This was the age of behaviourism – people and animals were understood to be black boxes with inputs and outputs (“So, how was it for me?” the behavioural scientist asked his lover): output and efficiency were the priority. Work became boring and repetitive by design, but profits soared.

Submit to boredom or perish

New generations of workers were supplied to the boredom-based industries by enormous, state-sponsored teaching machines. Schools and colleges trained the unsuspecting young to accept and, indeed, become comfortable with the prospect of repetitive tasks, rote learning and intellectual conformity. Refusal to submit would lead to the even grimmer prospects of menial work, punishment and poverty.

Success, however, was rewarded with jobs for life, respectability, material well-being and freedom from fear. It seemed like a good deal, but something always seemed to be missing from the picture – where were the thrills and excitement of an imagined yesteryear?

This gulf between yearning ambition and day-to-day banality was filled (yet at the same time made more acute) by a new industry that used the same techniques to supply the masses with films, music and other entertainment. Post-modernism emerged when this mass medium wave fell back in on itself as it rolled up the 20th century, rendering innocent entertainment boring once more.

That is where we are today: a million unwatchable channels boiling away the remnants of past ideas (or that’s how it seems some nights).

One interesting thing about boredom is its ability to transcend the class structure. Even in the pre-industrial age, a king might be as subject to tedium while slouching on his throne as the poor, raggedy bearded prisoner chained to a dungeon wall far below.

Similarly, the middle class bureaucrat might feel the same boredom, while correcting ledgers in the accounts department, as a working-class employee tightening bolts on the shop floor.

We’re all in it together; boredom is as fundamental in the workplace as gravity. Occasionally, in fact, all too often, the force of boredom within us all coalesces, becoming so intense and localised that it forms a black hole that warps time and office space, and from which few can escape: The Meeting.

Meetings are the diabolical ceremonies that sustain and propagate the boredom cult. Like any other religious service, they have their own strange incantational language (jargon and mission statements); sacred texts (minutes and agenda); symbolic garments (the business suit and tie); sacraments (croissants and coffee – the flesh and blood of holy tedium); and participants often feel themselves lapse into a state of trance-like detachment.

The Sabbath has moved from Sunday, undergone fivefold multiplication and filled the week with days where we must arrive in our best clothes and be on our best behaviour. More people attend business meetings than attend church and so the cult of boredom has become the de facto religion of the working world.

As befits the occasion, the chapels of boredom are sparsely decorated rooms with functional furniture, neutral lighting and often an altar crowned with a computer (the earthly manifestation of the spirit of ennui).

Boredom in the Modern World

Information technology is the key to modern boredom. What was once a fascinating hobby for a few dozen burnt-out hippies in the Bay Area of California has clouded over the entire globe with a haze of bits and pixels. With one hand it delivers us from dull routine: the Internet can be infinitely enjoyable, a source of constant titillation, jokes, games, instant communication and other diversions.

The opportunity to use the Internet in the workplace, on your smartphone any time, is one of the most effective means of relieving boredom ever devised. It’s sometimes hard to imagine how workers ever survived without it.

But technology can wield a whopping great stick as well: the same machines make it possible for bosses to scrutinise how much work you are actually doing and how much time you spending amusing yourself and planning your escape.

It’s not yet clear whether the forces of stimulation and entertainment will overpower such formidable opposition, but it does seem that technology is, on the whole, duller than it used to be.

For example, early personal computers were infinitely fascinating little devices. The Sinclair Spectrum was a mysterious black box studded with multicoloured, multifunctional rubber keys; it emitted novel squeaks and buzzes and the determined mind could transform its meagre computational resources into games that are still remembered fondly by people who still don’t go out, nearly two decades later.

And what is the modern equivalent? The Playstation or Xbox – a near-featureless black or grey box with a couple of winking lights but no means of getting inside and messing around with the incredible technology within it. Enjoyment comes in pre-programmed, shrink-wrapped games packages, examples of second-division creativity intended as profitable merchandise for the latest movie. There is so much less room for tinkering or unlicensed creativity.

The Wider Effects of Boredom

What of boredom’s more nefarious effects upon society and the wider world? Crime waves are often blamed on disaffected youths who claim they cannot find or think of anything else to do.

Mugging, vandalism, theft and fighting may be impulsive reactions to prolonged periods of blank tedium. Drink and drugs seem the only sure way to escape boredom for a little while. Peer pressure to do all of these things can be crystallised in the taunt “you are such a boring ****”.

Apathy, or applied boredom, has brought the number of voters who elect to participate in elections to record lows: could it be because politics has become as boring and predictable as the technocrats and pedants who become politicians?

Boredom linked to illness and depression

“[It] is the major component in what we call world underload, an unhealthy state characterized by low job demand. When you experience underload, the result is usually anxiety, which can eventually lead to illness”, says Dr. Michael J. Smith, Ph.D., research psychologist at the National Institute for Occupational Safety and Health in Cincinnati.

A recent edition of the New Scientist magazine featured an article on evidence for boredom in animals kept in inadequate conditions.

For example, the confines of a zoo’s enclosure have virtually nothing in common with a polar bear’s natural environment. Before long, the forlorn beasts begin to exhibit repetitive behaviour. They pace up and down the concrete, tracing exactly the same steps, swooping their heads from side to side. They look very disturbed, they are portraits of frustration.

Examination of captive animal brains has revealed that when certain neural pathways are damaged, stereotypical behaviour can develop. These findings have brought into question a huge body of research using live animals – it was presumed that they had no capacity for boredom and it played no part in their behaviour. Lab rats, it seems, are bored out of their tiny rodent skulls.

This hints at a deeper truth for humans – if you find yourself bored you are probably in a situation where your behaviour has been artificially restrained and your potential limited.

Boredom is a biological alarm bell that you should be doing something else and if you don’t, the damage may be permanent. Resolving to quit a job on these grounds is as valid as deciding to move on because of poor pay and conditions, or stress. Flight from boredom is, in fact, a laudable strategy upon which to build a career.

Why personality testing is nonsense

A Boring Job is Inhumane

In Praise of Boredom 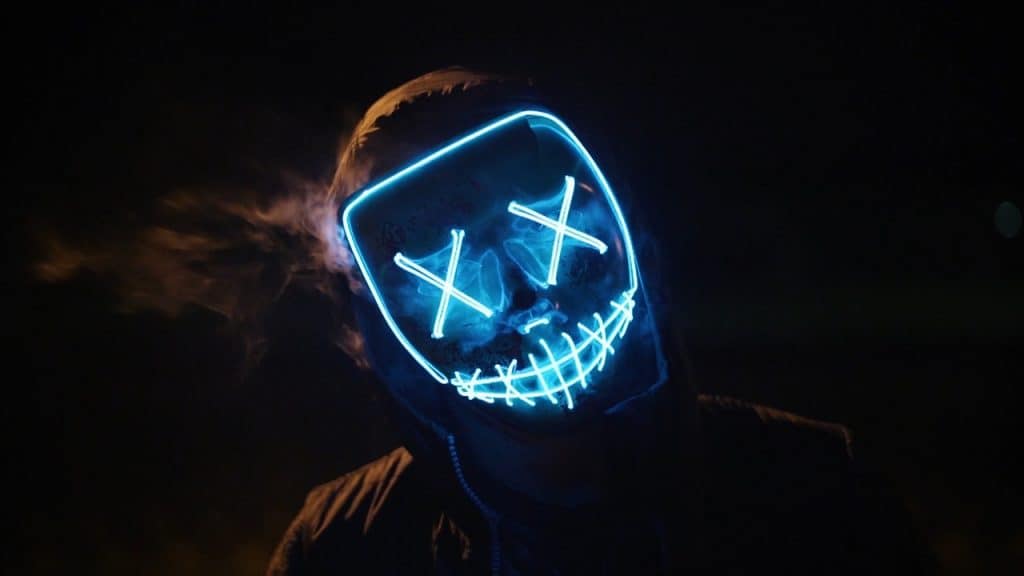 Next
The Awful Nonsense of Personality Testing - You Need to Know This
Click here to cancel reply.

I like what you guys are up also. Such clever work and reporting! Carry on the superb works guys I have incorporated you guys to my blogroll. I think it'll improve the value of my website :)