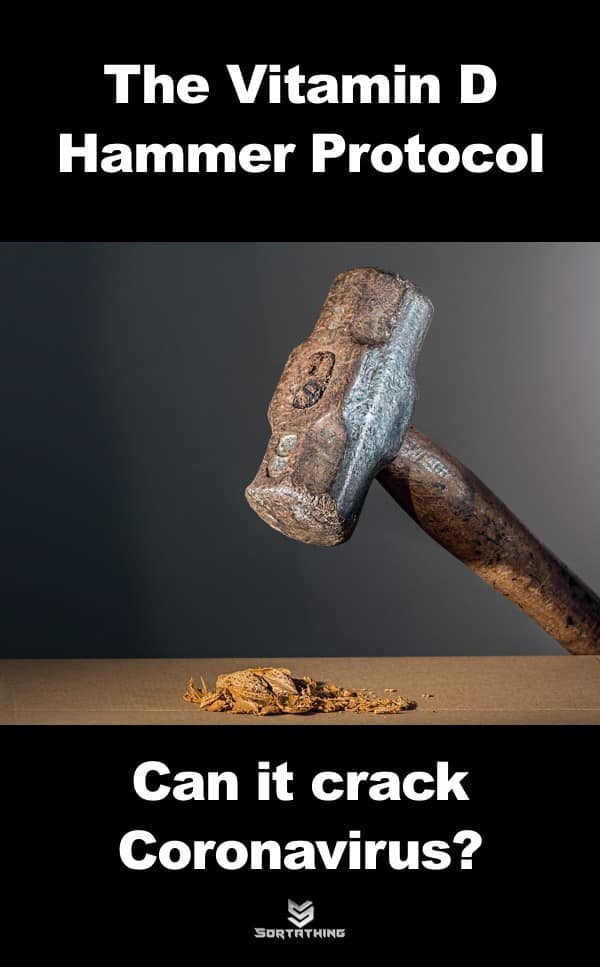 As I write this, concern about the novel coronavirus, COVID-19, mounts across the globe. Some countries, like Iran and Italy, are struggling to cope with the number of cases while others watch nervously as testing reveals an increasing rate of infection. Meanwhile, in China, it looks like a corner has been turned, but only after drastic, draconian, economically-ruinous action.

If you’re in the United States and you or anyone you know is affected, the CDC website should be your first port of call.

This is not the first pandemic to sweep the globe. The Spanish Flu of 1918-1919 killed more people than the World War that preceded it, but eventually, it too passed into memory. Researchers have been analysing patterns of infection and mortality from that pandemic ever since.

One particularly interesting study revealed how death rates varied greatly depending upon where people happened to live. It points to a possible preventative strategy that may be worth exploring, one that is easy and cheap to pursue.

The study showed that Spanish Flu sufferers were four times more likely to die if they lived in cloudy, dull London, Connecticut than if they lived in relatively sunny and warm San Antonio, Texas.

It wasn’t only that Texans were less likely to become infected (though it appears they were). They were also less likely to develop pneumonia in the course of their illness and to die from it. The full paper and case rate fatality in 1918-19, versus presumed UVB exposure at various locations in the US is here.

So, in the city with the highest sunlight exposure anywhere in the USA, the death rate was lowest. It seems fair to ask what it is about sunlight that makes the difference?

Simply put, exposure to ultraviolet-B (UVB) in sunlight initiates a multi-step process, starting with biosynthesis of Vitamin D and its metabolites, followed by upregulation of human cathelicidin by one of those metabolites, namely 1,25-dihydroxyvitamin D. (Vitamin D Regulates Cytokine Patterns Secreted by Dendritic Cells to Promote Differentiation of IL-22-Producing T Cells)

Cathelicidin appears to be effective against a range of microbial infections and this is important as lethal pneumonia is often caused by bacteria making the most of a respiratory tract stricken by a viral infection. Similarly, Vitamin D is also thought to reduce the risk of developing respiratory tract infections that lead to asthma.

Not only that, but higher levels of Vitamin D in the body also appear to regulate one of the most damaging consequences of flu infection, the so-called cytokine storm, which drives a rise in temperature and, if it runs away, can cause multiple organ failure, quite apart from the risk of pneumonia.

So that’s two ways that a Vitamin D deficiency could undermine your body’s defenses when fighting flu and many other infectious diseases.

This is where the Vitamin D hammer comes in. This paper by Gerry Schwalfenberg describes how he and a partner give their elderly patients relatively enormous doses of Vitamin D when they detect flu. They describe two regimens: a single dosage of 50,000 IU or 10,000 IU, three times daily, for two to three days. The results, in their own words?

​“The results are dramatic, with complete resolution of symptoms in 48 to 72 hours.”


You can see the original paper here

This much I’m sure of: I have my bottle of Vitamin D3 ready to dispense to myself, my wife and my son if a sudden sore throat or persistent cough present at any time in the next month or so.

As ever, check with your doctor about this course of action. Interactions with other drugs are possible and this is definitely not a cure for COVID-19 – it’s too early to say if Vitamin D has any effect, good or bad, upon the progression of this particular virus.

But, given what we know about how flu behaves in response to Vitamin D, and how well Vitamin D is tolerated by the body, plus how CHEAP Vitamin D is to buy, I think it’s worth knowing that it is an option if you’re worried about catching the flu at a time when medical resources are going to be stretched to their limits. Especially if you live in an area that is not blessed by year-round sunshine.

Turmeric has anti-viral and anti-inflammatory properties

Best view i have ever seen !

I have been reading out many of your articles and i must say pretty good stuff. I will surely bookmark your siteSearch Engine Optimization Techniques

Have you thought about including certain movies in your â€“ Gulvafslibning | Kurt Gulvmand write-up We think it might strengthen some of our comprehension Thanks ! Los Angeles Web Designerif function tutorials

A very informative story and lots of really honest and forthright comments made! This certainly got me thinking a lot about this issue so cheers a lot for leaving!Number One Keto side effects