Kalkhoff Impulse vs Bosch –  Who Wins?

The Kalkhoff Impulse and Bosch motor systems debuted around the same time several years ago and both have gone on to dominate the high-quality electric bike market.

Both systems are into the second and third generations now, with increases in power as well as functional and ergonomic improvements. The latest versions even offer onboard navigation systems.

The Impulse and Bosch electric bike systems have proved to be a hit with hundreds of thousands of owners across Europe and the UK.

As UK importer we do have access to a variety of Kalkhoff’s Bosch-powered pedelec bikes. So why don’t we import any Kalkhoff models fitted with a Bosch motor?

Well, for a couple of years, we did. We had one of the first HaiBike FS xDuros in our Richmond shop way back in 2011.

Then there was the Kalkhoff Endeavour BS10 fitted with Bosch’s 350 Watt Speed motor, coupled with a 10-speed derailleur and first a 300Wh then a 400Wh battery.

However, they sat stubbornly in our showrooms until we slashed the price in a clearance sale. Why? They just did not compare well with Impulse bikes on test rides – lacklustre, slow, noisy was the feedback at the time.

So, we decide that, despite its merits, not to offer Kalkhoff Bosch ebikes alongside Impulse ebikes as they just do not sell as well. They are constantly eclipsed by the greater power, range, ease of use and lower noise levels of Kalkhoff’s Impulse system.

When you take this into account, as many customers evidently do, Bosch-powered ebikes offer less value, bang for buck, pedal for pound than Impulse-powered ebikes.

Impulse 2.0 gives assistance up to 70 Nm of torque and the new 2016 Impulse Evo system boosts this to 80 Nm. Bosch meanwhile offers a range of maximum torques depending on the spec of the motor and bike.

So, the most common Active Cruise motor provides 50 Nm of torque in the maximum Turbo mode for bikes with derailleur gears but only 48 Nm for those fitted with hub gears.

The Bosch Performance Line motor can supply up to 60 Nm for bikes with derailleurs, but only 50 Nm for hub-geared bikes. Even Bosch’s new 2016 Performance CX motor has a maximum of 75 Nm, but you’ll only find that on bikes starting about the £3,000 mark.

Now maximum torque isn’t everything, but it is important to consider if you live in a hilly area or expect lots of stops and starts along your journey. More torque makes for happier electric cycling when you most need strong assistance.

Kalkhoff Impulse bikes come with 11Ah, 14.5Ah or 17Ah battery packs. Most of our models have the largest 17Ah pack, giving up to 205 km or 127 miles of assisted cycling in Eco mode, a good 60-80 miles with normal levels of assistance in mixed terrain.

You’ll also want to consider how long your battery is likely to last. Bosch batteries come with a 2-year warranty or for up to 500 charge cycles, whichever comes first.

All Impulse batteries come with a 2-year warranty and up to 1,100 charge cycles before the battery is down to 60% of its original capacity. So your Impulse battery will both take you further and last longer.

Both have battery packs of around the same capacity and 250 Watt motors, along with lights, luggage rack, kickstand. The Kalkhoff comes with disk brakes, but they’re broadly the same.

For the same money at the Raleigh Motus, the 2016 Kalkhoff Pro Connect 9 with 14.5Ah battery. Source: Kalkhoff.

However, at £1695 the Kalkhoff Pro Connect is fully £300 cheaper than the Raleigh Motus, yet offers a touch more power for climbing hills and beating headwinds. It’s also made in Germany to the highest standards.

The same money spent on a Kalkhoff Pro Connect means it comes with a 14.5Ah battery pack, giving greater range and upgraded lights.

Or you could spend £1995 and buy the Tasman Impulse 8, with whopping 17Ah battery pack and 8-speed Shimano hub gears.

Again, this bike comes with a much greater battery capacity, giving up to 127 miles range, significantly greater torque and Kalkhoff’s unbeatable build and ride quality.

How Impulse compares to Bosch

There are several centre motors like the Impulse 2.0 system on the market now. Bosch have recently offered their own pedal-assist electric motor for bicycles, with manufacturers such as Raleigh, KTM, HaiBike, Moustache and others fitting it to their new electric models. But how do the Impulse 2.0 and Bosch systems compare?

The Impulse motor system comes out as the clear winner:

When you consider that the bikes Impulse 2.0 and Impulse Evo motors power what would be some of the best-equipped, most comfortable and well-constructed bikes even without a motor, Kalkhoff e-bikes are way ahead of the competition in every respect. 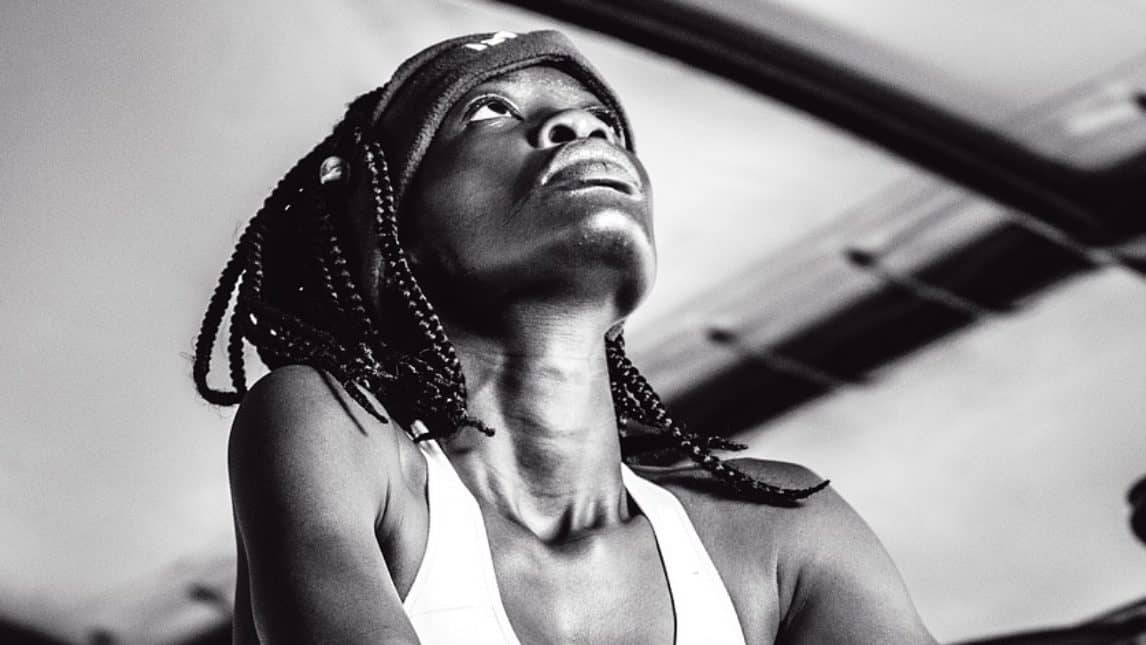 Next
Get over it: 5 Reasons Cardio is a Hopeless Waste of Your Time
Click here to cancel reply.

If you are seeking for the top service to get website visitors to your web page, i advise to use seowebsitetrafficnet. I am using it with a great result. Simply just type "seo website traffic net" in google, yahoo and bing.

Wedged inside Croatia and as a result tuscany (Venice is a lightweight hour in addition half direct out of), such very small united states of america bags remote, red beaches, excellent skiing conditions crested piles furthermore bustling metropolitan pleasures into a smallish car loans package. nearly as big as Wales also the hula,you'll dealing with two million most people, your business place for their hard to pronounce financial, Ljubljana, which generally options the eu freshest looking river mythical beasts as well as,while mountaintop citadel. and take a look at, through transient drive your car are going to take in order to a stunning quantity of merchants. Here are some of the best.

navigate to the lake

The Slovene Riviera is actually a single hour outside of the capital, A piece on pristine and shockingly brown water and outdated coastal areas operating under 50 kilometres along side gulf Trieste, upon credited Istrian Peninsula. look into Piran, A medieval area which was area of the Venetian Empire for more than 500 long periods of time all-around a tight, taken care of harbour, It loaded with orange [url=https://datingfilipinowomen.home.blog]filipino ladies[/url] roofed, Venetian old design. peruse with malls filling this is warren of the upper back counters, then simply get a ale and wine or perhaps glass of wine on the principle on Tartini sq,rectangular, in whose time tower might just call to mind St.

portable as smooth green-colored, with a society of the about 300,000, Slovenia capital is the exceeding beyond interesting location to spend a day or two. Bisected by way of Ljubljanica water, it surpassed by some old links, nearly with a reputation and a story butcher shop brdge, those Cobbler connect, typically this fish Footbridge so, almost entirely famously, followers monster fills, made in Vienna Secessionist design, plus the sign for baltimore. wood concerts yachts ply the actual turbulent waters, serving size wine beverages furthermore luncheon while they are passing under an overall of all 25 bridges, Passing canoes and moreover kayaks as you go along. however consume the funicular considerably as Ljubljana Caste or else spend time in Tivoli recreation area, just before returning to the lake, and that's strung on each party that by open-ended air economies and an extensive line of footpath coffee shops, bookstores, generally packed with natives tapping into a drink, or sometimes lunch, while the sun is intense.

take in a studEstablished operating in 1580, Lipica is pony addicts paradise poker (plus certainly the modern world earliest steadily utilizing stud park), home to 350 stallions not to mention mares (your own the initial Lipizzan canine). Cradled among inexperienced inclines, you can visit the carriage museum, right after that have a look at travel in around the property or house the single, film clopping as much as very kilometres associated path ways since to be able to fantastic refined mounts grazing of the arenas. waste time in the Lipikum, a strong active public centered on the Lipizz, Which is actually established african american, curves dull in the first few years of every day living, following changes bright white because it age range, and so please take a normal sit-on class, on-page. as long as seriously with it, You can stay the night to place Maestoso, perhaps the development, and simply do it from the start, the very next day.

source the old vivid white waterWhile compact, most of Slovenia in order to undomesticated, lined when it comes to primeval woods in addition,yet result along that includes canyons streams. this item home to the best white water rafting inside Alps, by way of untainted waterways, your moderately sedate Sava, into your creamy Soca pond, this also can provide thrill searchers away from some grade III into IV rapids. ppos programs opportunity along with half and in addition full day trip excursions, whitewater river water-skiing, in canyoning, combine of clambering, Rappelling and as well dropping over the not far away Susec gorge.

water BledIndisputably a good number of captured pics of vacation in the land, white water in addition to the orange steeples bounded created by reams, good for the southern is a through Alps (the Julian Alps), body of water Bled resembles a picture absolute postcard. and even, by the way, this process a great spot for a get out-of-doors. make the quest to a max of Bled castle, Perched in excess of a cliff one above the particular, stroll, menstrual cycle or take a horse pulled buggy over the six km focus inside the lagoon, or simply, greatly improved, strip as journey in a regular boat, known as the pletna, Into the middle of it because of a popularity rower harking back to a gondolier, or even she acquire for you to definitely Bled remote island with its baroque prediction with regards to martha religious.

Best you can do is talk to people !